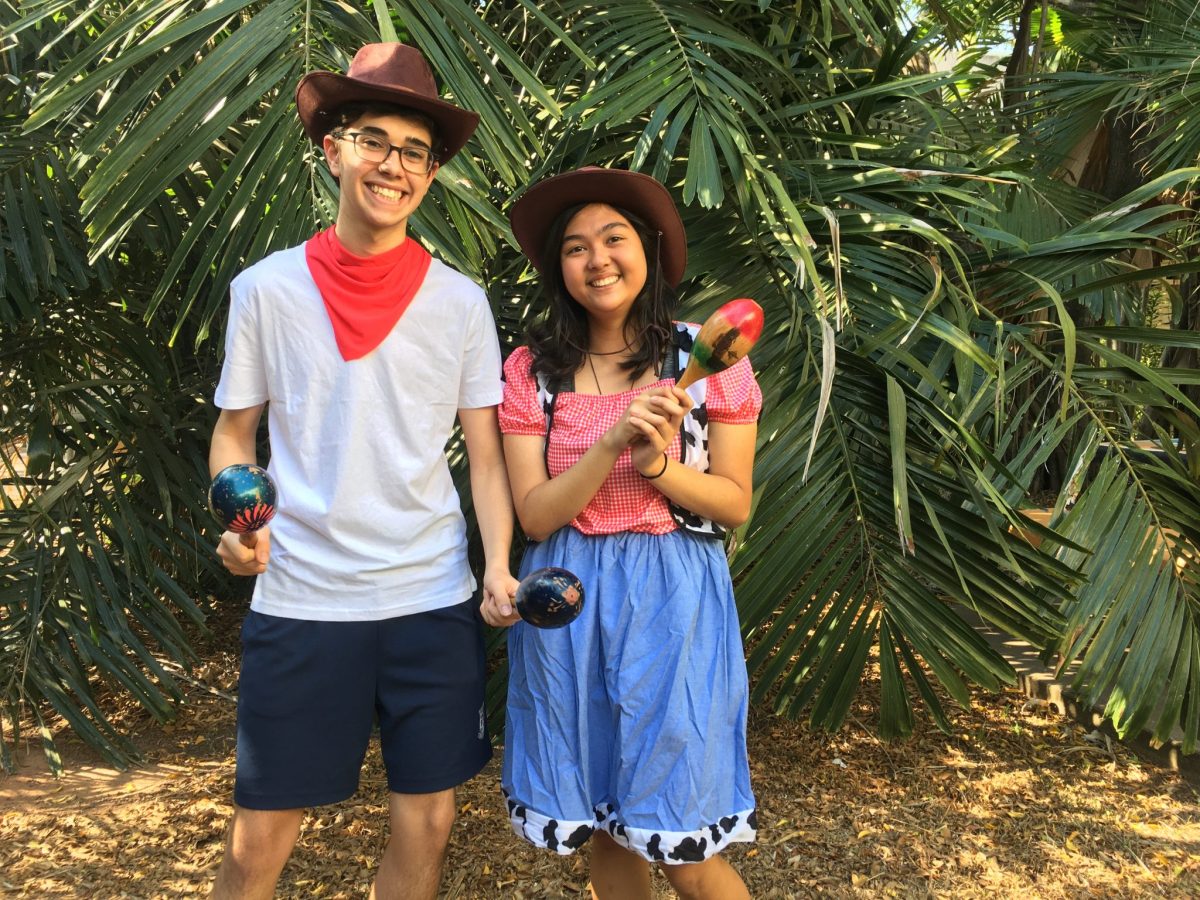 Ahead of our first Kids’ Classics event for the year, Hoedown, we sat down and chatted to three talented DSO Young Artists who will be performing at the family friendly concert – Harry Cass, Aisha Hayashi and Zakelli Xie – about DSO’s Young Artists Program, the recent YAP camp, and more. Harry plays the bassoon,  Aisha is a flutist and Zakelli plays the violin.

Do you want to pursue music as a career? If not, what would you most like to do once you’ve finished school?

ZX: I’m not sure if I’ll pursue music. I’m interested in a career in science and engineering.
HC: Not sure. I’m in Year 10, so I still have time to work it out. I’m also interested in woodwork.
AK: Yes, I am interested in pursuing music as a career.

What are you looking forward to the most in the Hoedown event? What should audiences be excited about?
ZX: It’s fun event that’s not as serious as other concerts, with dancing and movement. It’s much more open.
HC: I’m looking forward to getting dressed up and playing for little kids who will be dancing around.
AK: Yep, playing for little kids if always fun because they get really hyped up over the smallest thing!

What piece are you looking forward to playing the most at Hoedown?

ZX: Chicken dance!
HC: Blue Ridge Reel
AK: The medley, which includes the chicken dance, because it’s slow but then it gets fast!

How have you found DSO’s Young Artist Program? What’s been the best thing about it?

ZX: Meeting new people and having other musicians around me, which makes it all a lot more engaging! And having talented and friendly teachers like Tara. It’s really friendly and open.
AK: It’s really fun to meet new people in Darwin who really want to be there at 4.45pm on a Monday evening and want to make music and collaborate. Playing the Stravinsky recently was great because it’s been a while since I’ve played classical music. I’ve been playing mostly big band and jazz music.
HC: Like Aisha said, meeting new people who actually want to be there and want to collaborate on interesting and challenging music and who take it seriously.

Did you participate in the YAP camp recently? If so, what did you enjoy about it the most?

ZX: I liked that it was so intensive. It was non-stop music-making. And playing Shostakovich’s Waltz 2 in the performance at the end was a highlight.
HC: It was great that it was different music to what we usually play with a lot of different people. We played music in smaller groups and we had a short time to learn the new music and then perform it, which was a different kind of challenge to perfecting music for a concert that’s a long way in the future.
AK: Yep, the time limit is fun because it’s a kind of pressure, but then it’s not because after a while you just get into it and think, we’re doing this, so it’s fun. And you got to meet more people in Darwin, so that was great too.

Zakelli and Harry you both recently participated in the Metamorphosis concerts and Aisha you played at an In Motion event at DEC with DSO musicians. Can you talk a bit about those experiences? What was it like performing with DSO musicians on stage? What pieces did you perform in?
ZX: Metamorphosis was tough at first. It was really demanding, but as we went through the rehearsals it was educational and I was exposed to a lot of extra information I would never have been exposed to otherwise. I played in Brandenburg Concerto No. 4 and Metamorphosen for 23 Strings and the performance experience was good.
HC: Metamorphosis was interesting because we got to play with DSO members. I played in the Mozart piece for 13 winds [Gran Partita, Serenade No. 10 in B Flat Major]. There are not that many teens in Darwin who play woodwinds at that level, so it was great to play with a group of musicians who are professional and who can play music like that with confidence. The performance was good fun and went smoothly for me, so I enjoyed it!
AK: I played at the second In Motion event and it was really fun! It was really interesting because we had to do the performance four times for four different audience groups due to COVID. The first time was like a warm up, then the second time was great, and the third and fourth times we were just much more relaxed and casual about it. We also performed in a different space to what we would normally perform in, out on the ramp, so that was interesting. And it was fun to see some of the other musical performances that were with the dancers. It was a really good experience.